I know, this is a food blog – but every now and again, I don’t feel like sharing a recipe so much as I feel the desire to pour us a cup of coffee and chat about life. This is one of those mornings.

Growing up, Dad inspired his children to think and to learn about the world around us. Many a weekend was spent piled in the family station wagon, traveling the back roads of California, exploring all the little mining towns and soaking in the rich history. The past is very much a part of who I am as a person. 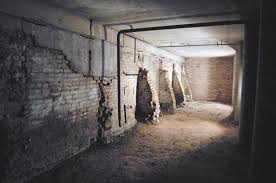 By the time I got to high school, hanging out with a few close friends in what is now “Old Sacramento” was a great thing to do. I don’t mean we would hang out smoking cigarettes and drinking beer (although that was a very real possibility). Back then, the river front that now makes up Old Sacramento was a chunk of real estate two-blocks deep and about fifteen-blocks long. The buildings were closed up, but not locked up. It was easy to slip into an abandoned warehouse or water-front hotel. What we knew as the river front was actually an abandoned part of town built on top of another abandoned part of town. Way back when, the Sacramento and American rivers flooded this area almost every winter. The solution was to build on top of what was already there, raising the stree

ts to the second floor and burying the past in a catacomb of an older city. By exploring the “new” old section of the city, one could gain access to the hidden past below. Today Old Sacramento is a thriving tourist attraction of trendy restaurants woven among T-Shirt shops and Tattoo Parlors. Guess that’s what is known as progress, and I can live with that.

There is another part of the past that makes me sad. We like to go to street fairs featuring antiques. So often, tucked in among the crystal and silver, are boxes of old photographs. Who are these people? What became of them? More importantly, what became of their families? Their children, grandchildren and great-grandchildren? Shouldn’t someone cherish the wedding photos or turn of the century young men marching off to war? Why are these ghosts of the past piled in crates for strangers to sort through? I have boxes in my attic with tattered photo albums of people who I have never met, but they mean something to me. This is my past – my personal connection to yesterday. It’s sad to see roots abandoned, cast aside and forgotten.